What The 2018 Tax Code Changes Mean For Investors

Following the passage of the Tax Cuts and Jobs Act by Congress, President Trump signed the landmark tax reform package into law on December 22, 2017. Despite assurances from Republicans that they are committed to simplifying the tax code, we do not believe this act has effectively achieved that goal for most Americans. To help clear up some of the confusion on the bill, we wanted to take a moment to share some of our thoughts on the new tax law and how it may impact you. This is a discussion of some of the bigger items in the tax law. Please make sure to speak with your tax professional to discuss how the law specifically impacts you.

This represents a BIG tax break for American companies.

In our opinion, the primary focus of the new tax law is to address the competitiveness of American companies competing globally. Many investors, including us, have felt for some time that U.S. companies are at a competitive disadvantage to foreign companies due to the outdated U.S. tax code. This new law is an attempt to level the playing field for U.S. companies. By passing this law, the government hopes that lower tax rates will incentivize companies to invest in plant and equipment and pay higher wages. The new rules are also structured to encourage U.S. companies to repatriate the nearly $2 trillion that is currently sitting on corporate balance sheets overseas. Much of that money will likely go towards an increase in dividend payouts and stock buyback programs which would be an incremental positive for investors and our clients. 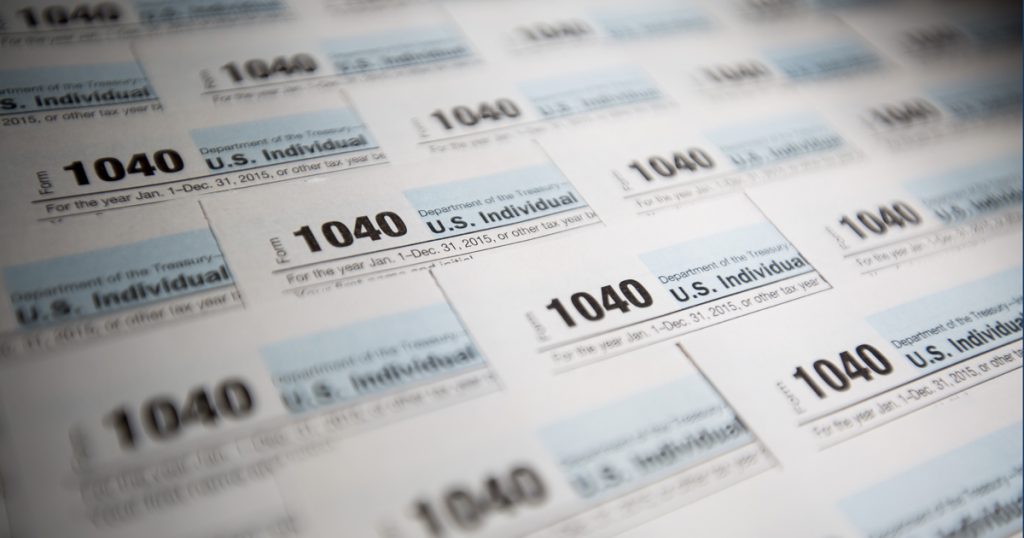 Most investments will be treated similar to the way they were in 2017.

From an investment perspective, there seems to be little change in the new tax law. Long-term capital gains and qualified dividends still receive favorable tax treatment. However short-term capital gains and interest income, which are taxed at personal income rates, may be impacted depending on your new marginal tax rate. Contributions to your 401(k) and IRA accounts continue to be tax deductible.

It is much easier to pass assets to your heirs.

The legislation will double the federal tax exemption to $11 million per person; or $22 million per couple. And surprisingly to us, beneficiaries will still get a step-up in basis, meaning there will be no capital gains tax due on inherited assets at the time of transfer. This increase is scheduled to expire in 2025 at which time it will revert to current limits. This may necessitate the need for some estate planning as 2025 approaches.

The government hopes that lower tax rates will incentivize companies to invest in plant and equipment and pay higher wages.

The new law will retain the structure of seven individual income tax brackets with the lowest bracket beginning at 10 percent and rising to 37 percent for the highest bracket. Except for the 10 percent and 35 percent tax brackets, the other five tax brackets are lower by 1 to 4 percent. The good news is most taxpayers, but not all, will have a lower marginal tax rate.

If you expect to file your taxes on a postcard…don’t hold your breath.
In our view, the smattering of individual tax changes will still require the use of a tax professional for most clients.

Where you live will dictate whether or not you benefit.
How this law impacts someone is largely dependent on what state they live in and the level of income they earn. Wealthy residents in states that have high real estate taxes and state income taxes—including our own New Jersey and many of the states in the Northeast, as well as Illinois and California—will most likely be negatively impacted, or at a minimum will not enjoy the tax break that many other states’ taxpayers will receive. Here are a few items that will impact people in these states to a greater degree:

The Alternative Minimum Tax (AMT) will remain in effect.
The new law has made a slight change to the income amounts subject to the AMT, but the general rule is still in place. The AMT is one of the most complicated features of the tax code and requires taxpayers that exceed certain thresholds to calculate their taxes twice and pay the higher of the two calculations. If you are currently subject to the AMT, you may find that many of your deductions have already been reduced, and the new law may not impact you as much as you think.

This article originally appeared as an email to McRae Capital’s clients. If you have any questions or concerns about the 2018 Tax Code changes, or anything else you would like to discuss with us, please don’t hesitate to give us a call.